What Is Xanthelasma And How Can It Effect Me? 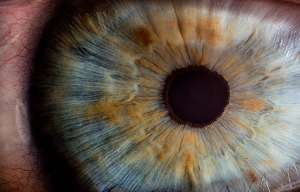 A xanthelasma is a yellowish deposit of fat and cholesterol found under the skin that’s around or on the eyelids. Xanthelasmata are not harmful, nor do they cause any pain, but most people do not care for the appearance of these yellow growths around the eyes and elect to have them removed. Xanthelasma is a common condition among the elderly and those of Mediterranean or Asian descent. The condition occurs slightly more often in men than in women, usually in people over the age of forty. When a xanthelasma reaches a certain size and becomes nodular, it is sometimes referred to as a xanthoma, but these are two distinct conditions; xanthoma is a broader term for a wider classification of skin growths that can occur anywhere on the body.

How Xanthelasma is Diagnosed

Xanthelasmata have a characteristic appearance that makes them easy for a doctor to identify. The edges are sharply defined, and the growths have a distinctly yellow color. Once they have appeared, they tend to remain the same size; although they may sometimes grow slightly larger, they do not shrink. If you have noticed small, yellowish growths on your eyelids and suspect that you may have xanthelasmata, you should see an eye doctor in order to have them examined.

What Causes Xanthelasma to Develop?

While xanthoma is typically caused by elevated levels of fat in the bloodstream, or by a metabolic disorder such as diabetes, the causes of xanthelasma are less clear. The appearance of these eye growths is sometimes associated with high levels of cholesterol and triglyceride, but it can often occur—even in the absence of cholesterol problems.

How is Xanthelasma Treated and Removed?

Although xanthelasmata are harmless and almost never interfere with eyelid function, most people prefer to have them removed for cosmetic reasons. While there are many available methods for removing these little yellow marks around the eyes—such as laser surgery and cryotherapy—several risks should be considered before undergoing surgery. First, since the eyes are delicate structures, any surgery that involves them must be considered risky due to the severe consequences that may occur should anything go wrong. Surgery to remove xanthelasmata sometimes leaves scars, which are no more desirable than the xanthelasmata themselves. Another problem with surgery to remove xanthelasmata is that it is usually considered elective due to the harmless nature of the condition.

Xanthelasma often recurs after treatment in nearly 40 percent of cases; those are poor odds if you’re considering a surgical procedure that may cost you anywhere from $1,000 to $5,000 out of pocket. For this reason, many people who have this condition elect to cover their eye lesions with makeup rather than having them removed surgically. While conventional xanthelasma removal surgery has a poor success rate, recent trials of CO2 laser surgery have shown some promise. In a study of 23 patients, all lesions were successfully removed with no visible scarring, and only three patients (13 percent of the group) suffered recurrence of xanthelasma. Cryosurgery, while not as effective as laser surgery, has a reasonably low recurrence rate of 26 percent.

There are currently no topical products on the market with proven effectiveness for treating xanthelasma. Nor should you waste your time on any of the myriad old wives’ tales surrounding xanthelasma. Applying garlic, for example, will cause your eyes to burn—and may even injure them—but it won’t get rid of those little yellow patches.

If you have noticed the appearance of little yellow bumps around your eyes, you may have more to worry about than just xanthelasma. This eye condition may be a sign of more serious heart illness. A 2011 British study of nearly 13,000 people found that patients with xanthelasma were more prone to serious cardiovascular disease and more likely to suffer serious and possibly fatal heart attacks within the next ten years. The study followed 12,745 people for an extended period—from 1976 until 2009. The patients observed in this study were all between the ages of 20 and 93 at the time the study began, and all of them were free of heart disease at that time. The British study found xanthelasma sufferers to be at 12 percent greater risk than the rest of the population. The study also found that these yellow patches around the eyes were an even better heart attack predictor for women than for men because women are less prone than men to both heart attacks and xanthelasma.

3 Convenient Locations To Better Serve You!